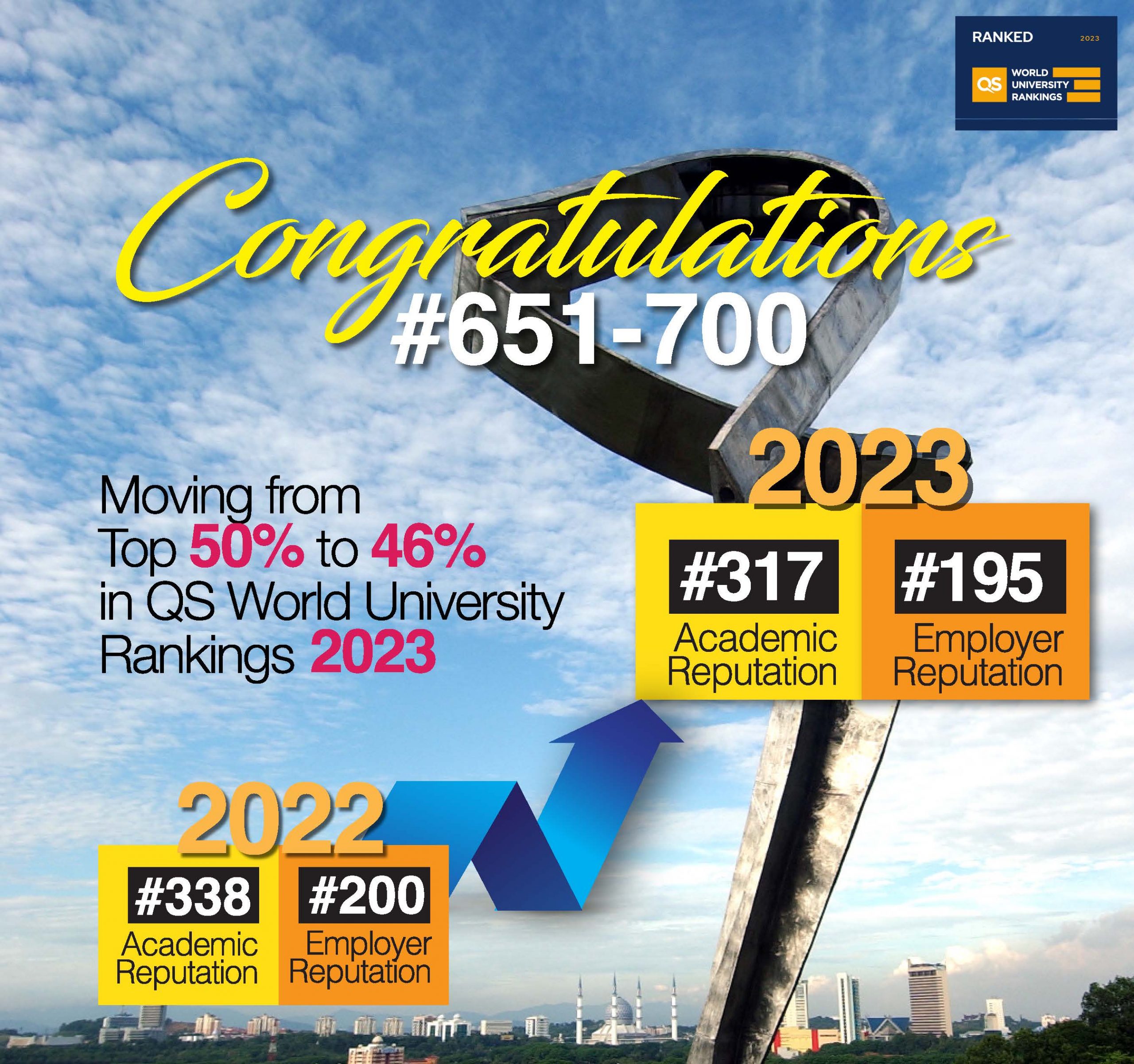 SHAH ALAM, 9 JUN 2022 – UiTM’s competitive performance at the global stage shines once again as it finds itself ranked in the newest edition of the Quacquarelli Symonds (QS) World University Rankings (WUR) 2023 results. UiTM’s percentile performance jumped by 4% from last year, ranking itself among the top 46% out of 1,422 ranked universities (compared to 1,300 universities last year) across 100 locations worldwide. Despite the increase in the number of universities ranked worldwide, UiTM maintains its 651-700 position and observed marked improvements in its indicators.

Employer Reputation continues to be the strongest indicator for UiTM, placing the university in 195th position globally, with a jump of 5 places from its performance last year.

For the third year running, UiTM also continues to improve in Academic Reputation, placing itself in 317th position with an increase in 21 places compared to last year and 49 places from the year before. Carrying the weight of 40% in the QS WUR, UiTM’s continuous rise in Academic Reputation highlights its commitment to teaching and research quality, in line with its UiTM 2025 strategic direction to become a globally renowned university.

“This year, we see 24 universities in Malaysia being ranked in the 2023 QS World University Rankings, the highest so far for our country,” says UiTM Vice-Chancellor, Professor Datuk Ts. Dr. Hajah Roziah Mohd Janor. “I would like to congratulate all the institutions that are ranked this year and thank the Ministry of Higher Education for its continuous support. These achievements should be celebrated, as it shows our continuous effort in improving the quality of our higher education,” she said.

“As the largest higher education institution in Malaysia by number of staff and students with 34 campuses across the country, it has been a tough process to get to where we are today. Nevertheless, we have shown that we are able to do it. I am proud of what we have achieved so far. I would thus like to express my deepest appreciation to our staff, researchers, students, and indeed the whole of warga UiTM for their hard work and endless cooperation,” she added.