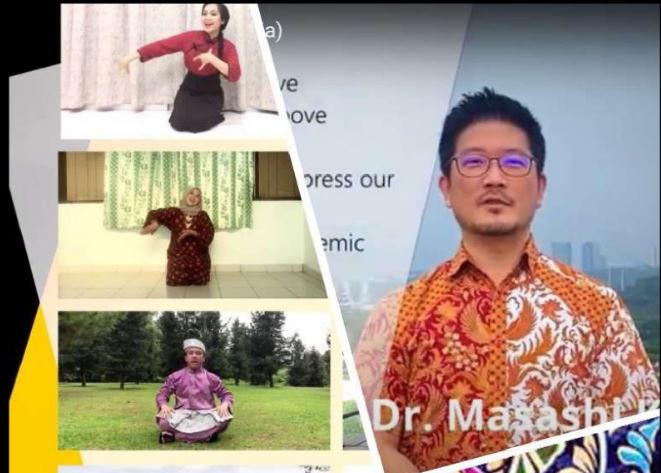 After a 4-month hiatus from live performance due to the pandemic, Universiti Teknologi MARA (UiTM), Malaysia’s Chamber Choir (UCC) emerged as the audience favourite at the first-ever Tele-Chorus International Virtual Choir Competition, organized in Japan.

Led by conductor Dr Masashi Kishimoto, the team clinched first runner-up in the Entertainment Award, the Musical Award, as well as the judges’ selection or Judges Special Award.

The online choral competition involves an unprecedented approach requiring choral groups to consider the concept of presentation, quality of audio and choreography in their video submission. For UCC, it meant additional undertaking by each of the 26-strong team to plan and device visual sequences for content in addition to having online rehearsals.

The competition which bestowed four categories attracted submissions from 110 teams and the Malaysian choir was the only international participant from outside of Japan. Public voting began on 19th July 2020, with the results announced in August, via live streaming.

The Tele-Chorus organizers intended for the competition as an avenue for choir groups to sustain bond and solidarity between members. The adjudicators included conductor and the Vice-Chancellor of Osaka College of Music, Prof. Hideki Motoyama, and composers Kentaro Sat and Masaya Ishiwaka. The judges and viewers were impressed with the Malaysian team’s quality and proud tradition.