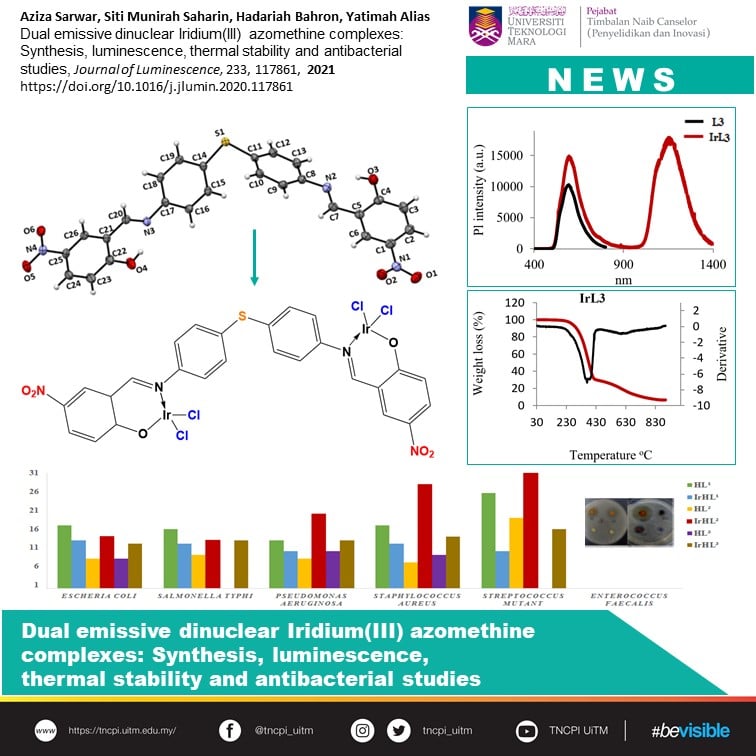 The findings were accepted for publication in the Journal of Luminescence which ranked at quartile 1 (Q1) with Impact Factor (IF) of 3.02.