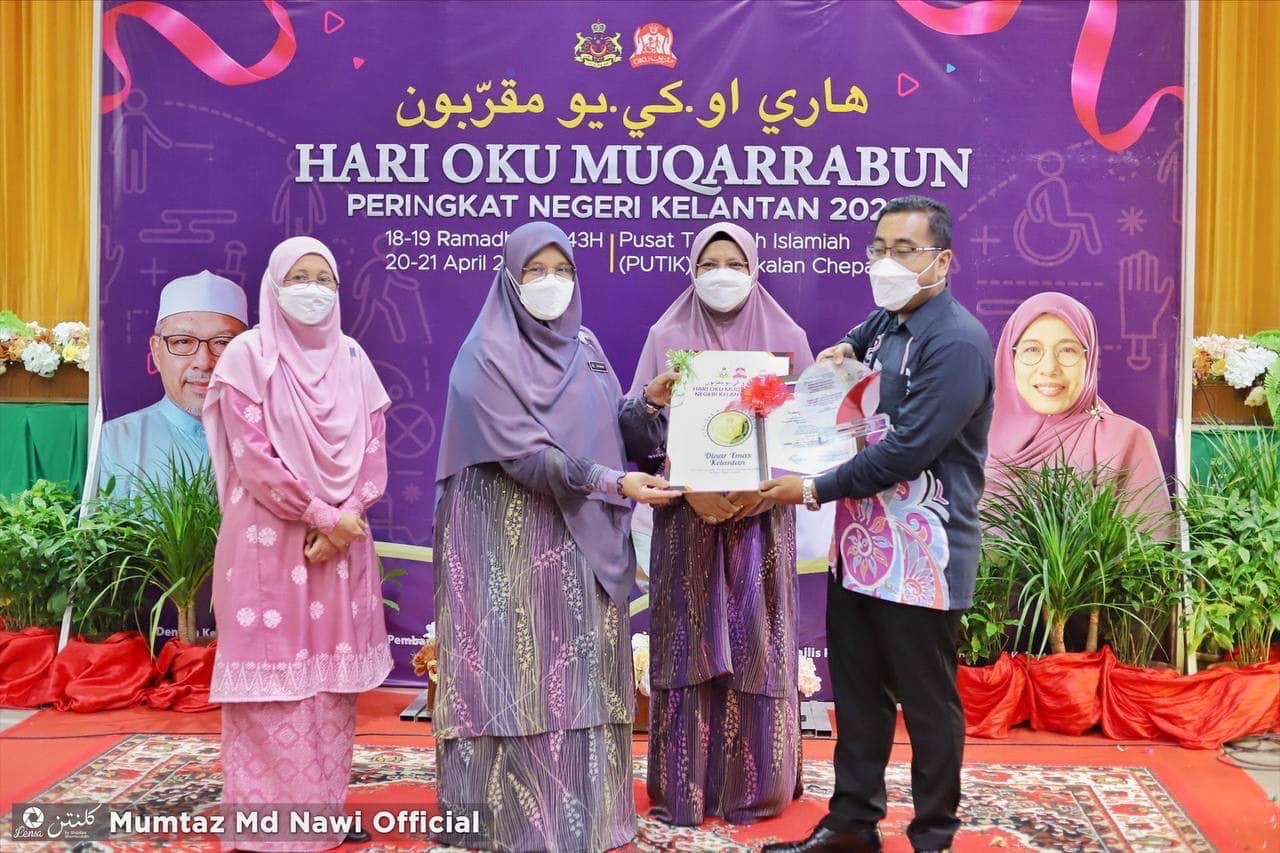 Ahmad Haadzal is currently in his 5th semester pursuing the Doctor of Philosophy in Statistics programme at the Faculty of Computer and Mathematical Sciences, Universiti Teknologi MARA. He shared that due to his visual impairment, he often fell behind in his studies. However, he was neither discouraged nor deterred as he strives to successfully complete his studies at the bachelor’s and master’s level. Being offered as a teacher at Sekolah Menengah Kebangsaan Agama Al-Mashoor, Georgetown, Pulau Pinang is another testament to his success.

After the death of his father, Haadzal, 29, was single-handedly raised by his mother who worked at a factory to support all four of her children. The family’s poor economic situation has made his mother prioritized her children’s education as she believes that with education, one could better chart the course of their future.

Haadzal added that the OKU Service Unit of Universiti Teknologi MARA plays a tremendous role in his studies by providing accessibility, flexibility, fairness, equality, and inclusivity to all disabled students like him. He also expressed his appreciation to both his Doctoral degree supervisors; Dr Norshahida Shaadan and Associate Professor Dr Sayang Mohd Deni for their constant motivation and support throughout his studies.

The event, which was a collaboration between Kelantan State Secretariat of Welfare, Family and Women Development and Persatuan Majlis Persefahaman Pertubuhan OKU Kelantan, was officiated by the Deputy Minister of Women, Family and Community Development, Yang Berhormat Dato’ Hajah Siti Zailah Mohd Yusoff.