Professor Dr Normah Omar, the Director of the Accounting Research Institute, Universiti Teknologi MARA, has been recognised as one of the most influential women in Islamic finance by Cambridge International Financial Advisory, a UK-based financial services organization that provides strategic advice to governments, financial institutions and multilateral organisations in the development of financial markets.

The announcement was made during the inaugural 2nd WOMANi Gala Dinner and Awards Ceremony JW Marriott Marquis Hotel Dubai on 17the June, 2019. Professor Dr. Normah was ranked second in the list, only after Datuk Noripah Kamso, Chairman of Bank Rakyat. The award recognises Professor Dr. Normah Omar’s passion for advancing knowledge in Islamic financial criminology.

Professor Dr. Normah is a pioneer researcher in Islamic Financial Criminology, and her passion for research in the area has contributed significantly in realising national aspirations to make Malaysia an Islamic financial hub.

Under her leadership, the Accounting Research Institute was awarded the status of Higher Institution Centre of Excellence by the Ministry of Higher Education Malaysia in 2010, and the centre continues to prioritise Islamic Finance in its high priority research agenda.

In 2017, Professor Dr. Normah became the first woman elected by the Malaysian Anti-Corruption Commission to sit on the “Anti Corruption Certification Programme”. In addition to holding various positions at the national level, she has also pursued her passion in elevating the status of women entrepreneurs through the development of new Islamic finance products. She continues to mentor dozens of academics, and her advice is highly sought by influential thought leaders.

Professor Dr. Normah is no stranger to awards. In 2016, she was named Game Changer of the Year by ACQ London; in 2017, she was recipient of both the Global Good Governance award for excellence in higher education in Dubai and the Advocacy of Islamic Financial Criminology award in Kazakhstan.

Professor Dr Normah Omar is indeed a shining example for women and has rightfully earned a place in the list of 10 most influential women in Islamic finance.

The 2nd Womani awards ceremony was attended by a large number of Islamic banking and finance professionals from around the world, including the Gulf Cooperation Council countries (GCC), Malaysia, USA, Europe, Indonesia and Pakistan. 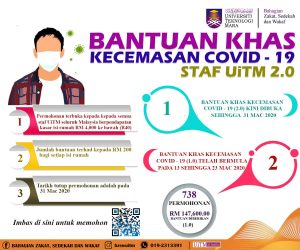